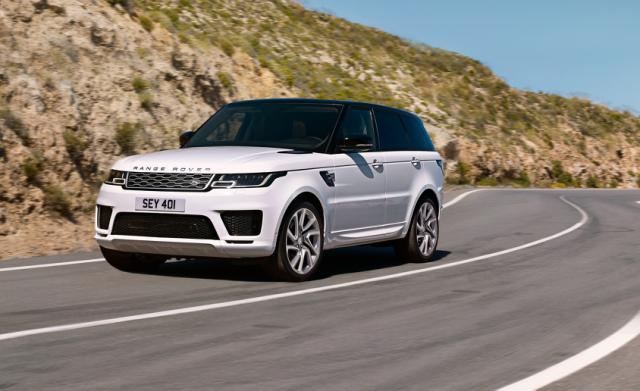 On the road, an electric-powered car feels and sounds remarkably different from one where a gasoline-powered engine is providing the motivation. But we haven't talked a lot about what it's like to drive off-road on electric power. And that's because there aren't many electrified vehicles that actually can go off-road. Come next summer, however, Land Rover will introduce a vehicle that can do exactly that, at least for a few miles: the 2019 Range Rover Sport P400e plug-in hybrid.

The Range Rover Sport P400e is the first model from Jaguar Land Rover that is capable of sourcing some of its propulsion energy directly from the electrical grid. It becomes the sixth member of the Range Rover Sport's expansive powertrain portfolio, which also includes a 254-hp turbo-diesel V-6, a supercharged gasoline V-6 in 340- and 380-hp states of tune, and a supercharged V-8 in 518- and 575-hp strengths. Power-wise, the hybrid nestles into the middle of that pack, combining a 296-hp version of JLR's turbocharged 2.0-liter Ingenium inline-four engine and a 114-hp electric motor for a total system output of 398 horsepower and 472 lb-ft of torque. Naught to 60 mph should require no more than 6.3 seconds, says Land Rover, with the vehicle topping out at 137 mph-that's on-road, we assume.

The P400e's 13.1-kWh lithium-ion battery pack is tucked beneath the cargo floor, while the electric motor is housed inside the ZF eight-speed automatic transmission, alongside the 7.0-kW charger and behind the longitudinally mounted four-cylinder. Grid power enters the P400e via a charge port located behind the Land Rover badge in the grille.

The P400e offers two driving modes: Parallel Hybrid mode is the default setting wherein the engine and battery provide power as needed, not unlike most conventional hybrids; EV mode allows the P400e to travel purely on electricity for up to 31 miles at speeds up to 85 mph when starting with a fully charged battery pack. In Parallel Hybrid mode, a Predictive Energy Optimization function can maximize efficiency by utilizing GPS altitude and navigation information when one's destination has been entered into the system. A Save function, also in Parallel Hybrid mode, allows a certain amount of battery power to be preserved in the event one wants to save their battery for a particular time when zero-emissions and/or silent motoring is desired-say, in an emissions-regulated urban setting or, more interestingly, in the woods as one seeks the perfect campsite without disturbing the peace.

Land Rover has applied electrification technology not just to lower emissions and boost fuel efficiency but also to improve off-road traction and stability, with the company noting benefits such as the easy application of maximum torque from a standstill, the lack of a creep speed, and the more intelligent distribution of torque.

In most other respects, the 2019 P400e will resemble other Range Rover Sport models, which all receive a batch of mid-cycle enhancements inside and out for 2018. The front dons squintier multi-LED headlamps, a new grille treatment, and a more pronounced chin, while the rear features new taillamps, a chunkier rear bumper, and trapezoidal exhaust outlets. Less noticeable are the revised side vents and the new spoiler at the trailing edge of the liftgate. 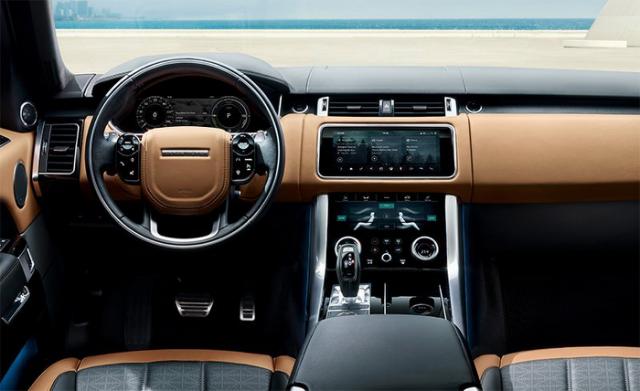 The interior updates are far more consequential. Just one year after the Range Rover Sport switched to Land Rover's 10.0-inch InControl Touch Pro infotainment system, the Sport upgrades once again to a new dual-screen Touch Pro Duo setup. This unit has drawn mixed reviews in the new Range Rover Velar but nonetheless is more contemporary and fresh in its visual presentation. Also from the Velar comes the Sport's new steering wheel with capacitive touch controls. The driver faces a new, configurable 12.0-inch instrument-cluster screen plus an available head-up display that spans 10.0 inches across the windshield with full-color, high-resolution graphics. Other new items include slimmer front seatbacks, larger storage cubbies, a cabin air-ionization system, revised ambient lighting with 10 color choices, a sunshade with gesture control that automatically closes when the vehicle is unoccupied, and an optional rear-seat entertainment system with a 10.0-inch touchscreen display. One nifty new option is a wearable activity key as seen on the Jaguar F-Pace and the Land Rover Discovery that can be worn on one's wrist in lieu of carrying the key fob or a bulky set of keys with you on outdoor adventures.

While the Sport is the first Land Rover to offer a plug-in option, it won't be the last, as the entire lineup will offer a mild hybrid, plug-in hybrid, or fully electric variant of some sort by 2020.
You must log in or register to reply here.
Share: Facebook Twitter Google+ Reddit Pinterest Tumblr WhatsApp Email Link